The most common drug testing method—and the one most people consider the standard in the United States—is urine drug testing. It is considered hard to fake, and it finds a wide variety of drugs that could be present in a potential employee’s body. Due to widespread use (90% of pre-employment screening cases), many companies don’t consider the viability of other methods. 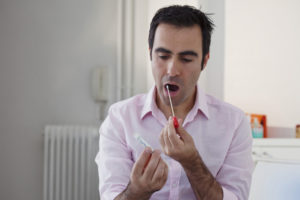 Some employees will not want to provide a urine sample—which can feel messy and invasive—and employers may get a negative result and remember that urine tests are only accurate once drugs have passed through a person’s system. There have to be other tools available for employers to use to provide excellent experiences that find the answers to the questions they have.

As it turns out, there is another method that is:

This option is swab drug testing.

What Is Swab Drug Testing?

Swab drug testing involves taking an approved swab: a paper or plastic stick with absorbent material on the end. This swab is for collecting saliva. It’s placed in the interior of the mouth of the person being tested and moved around to gather enough saliva for testing. Swab testing is minimally invasive—and it doesn’t involve the privacy and ‘shy bladder’ concerns that can happen for urine testing. It can also be done on almost anyone! 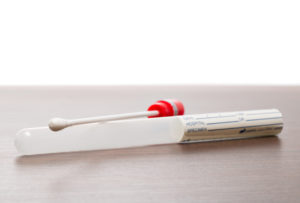 These tests can be administered on-site or in a lab setting, depending on the preferences of the employer. Their biggest drawback—and benefit—is their detection window. It is minimal and doesn’t require drugs to have “passed through the system” for detection. This detection window can be a benefit because it catches daily use of drugs—even when someone has been using that very day—depending on the substance used.

When a swab test is used, for instance, for a random drug test during employment or an unannounced drug testing element of pre-employment screening, it can catch those who have most recently been using—possibly even on the job. Again, it’s efficacy does depend on the substance they might be abusing—but the same case can be made for any drug testing method. On the other hand, if it comes back negative, the information is less conclusive: just because someone hasn’t used in the last 48 hours doesn’t mean that they are entirely drug-free. Marijuana, in particular, can sometimes be hard to detect on certain brands of swab tests. This is the one reason why saliva tests are not always considered a final answer. 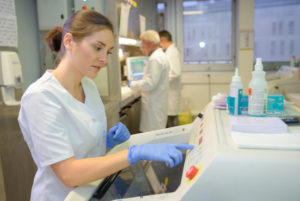 How Is It Different from Hair Follicle Drug Testing?

Hair follicle testing has a very different resulting set of data. With hair follicle testing, you must have had the drugs pass through your system long-term because they must have time to appear in the hair follicles themselves. On the other hand, these results tend to reflect drug use in the past 90 days—a much larger window. When worried about persistent, long-term drug use among your employees, this type of testing may be a more useful approach. Collecting a sample and analyzing it tends to be fairly simple, just like the analysis and collection of swabs.

The process of analysis is very similar, but urine tends to win out on detection window, catching drug use over the course of between 4 days and a week—and up to a month for chronic marijuana users. For this reason, many people opt for urine testing, but given that a swab may detect very recently consumed drugs that urine testing cannot catch, it may be wise to consider these tests as part of a “hybrid approach.” 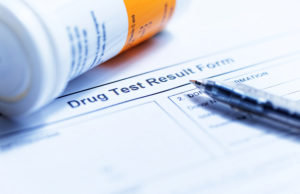 While you will most likely want to settle on a single drug testing type for the majority of your pre-employment and random drug tests, it is always important to consider how these tests affect your employees—especially those whose tests consistently come back negative.

Is there a way to incentivize “clean” drug tests so that your employees do not become discouraged by repeated random drug testing? It may also be valuable to consider whether the analysis lab you work with actually has options for the other two kinds of tests: hair follicle and swab tests. Because they offer distinct advantages, there may be contexts where you get better information from a swab drug test or a hair follicle drug test than urinalysis.

When you need resources on how drug tests are being administered in the modern age—and what kinds of technologies are available for you as an employer—turn to CNet Technologies. We have comprehensive knowledge about the employment screening industry and can help you craft a process that yields excellent new hires. Get in touch with us today to see how we can help you navigate the complex world of third-party screening!