The Changing Landscape of Drug Testing—and How Employers Can Adapt

When you look at your workforce, what do you see? Pretend you’re a time traveler from only as far back as the 1950s, when “customer service” began to boom; you may not even understand how the people you see (or don’t see) work with each other to get the job done! The digital age has changed how people can work together—near or far—to accomplish your company’s goals. Remote and contract workers have now been woven into the fabric of our industries, creating an urgent need to review hiring policies—especially your pre-screening process.

Drug screening policies are the hardest to determine when you’re thinking about your temporary and remote workers because there’s no national standard. Outside of federally funded jobs and high-risk, safety related jobs (like at a power plant, for example), you’ll have to refer to your local and state government laws to ensure your company is staying compliant. For temporary workers, this is easier since they work on-site; with remote workers, this can become tricky—maybe even irrelevant. No matter how your company chooses to tackle this issue, you must have all of your drug screening policies be:

Failing to follow any of these edicts could result in liability lawsuits and hurt your reputation as an employer. If you find yourself struggling to set or maintain drug screening policies, a third-party screening company can prove an essential asset as your company grows—and your Human Resources Department works hard to keep up!

The History of Drug Testing in the U.S.

Think of yourself again as that 1950’s time traveler: at that time, drug testing wasn’t around! Employers didn’t start drug testing applicants until the 1980s, a decade after the Nixon presidency made urine drug testing the norm for the military in 1971—twenty years after your time! Thirty years after Nixon, in 1991, the Department of Transportation under the Omnibus Transportation Employee Drug Testing Act started testing all people in their employ. By 2019, it became standard protocol for the majority of businesses and all federal departments to screen applicants and pursue drug tests if an employee is thought to be under the influence. A lot has changed—not only in the makeup of the workforce, but in the policies on how the workforce is chosen. 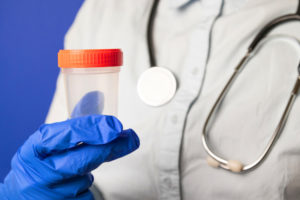 Those changes are especially apparent in the unique challenges you’ll face when hiring remote workers out of state; drug laws, other than those that pertain to federal employees, are handled at the state and local level. This creates a rapidly changing set of laws pertaining to legalization of drugs like marijuana. While we aren’t legal counsel, CNet technologies is aware of the changing face of drug testing. We can provide guidance and counseling that gives our partners peace of mind when it comes to drug testing.

Now that you understand a little about the history of drug testing, let’s cover what has become a “rule of thumb” when testing applicants, and how it affects your workforce.

We’ve already covered the three edicts of setting your policies—documentation, transparency, and consistency—so now we’ll cover how most states have incorporated those rules. The general rules of drug testing vary by state, and you should consult your legal counsel about which apply to you. However, an example of the process might go like this:

Following these rules will not only make testing for your company more efficient, but legally sound.

Current workers usually don’t undergo further testing unless there is an inciting incident. Random or “blanket” drug tests are often only the standard for federal jobs and those jobs that have a high safety risk. For instance, an employee may be tested as an applicant when seeking a customer service position, but someone working with heavy machinery may be checked regularly to keep accidents at a minimum.

The Unique Challenges of Remote and Temp Workers

Temporary or contract workers usually fill a particular need for a company, depending on the work that’s done and the size of the business. Many companies hire contract workers in the hopes that they will prove a good fit for their team and plan to bring them on full-time after a certain number of calendar days, typically 90 days to a year. Even if the employee isn’t brought on full time after their original contract expires, they may get extensions or have a revolving contract. If this is how you plan to utilize your contract workers, it may be best to hold them to the same policies and procedures as your permanent staff, including drug testing and third-party screening.

If the contract employee is only meant to fill a role for a certain amount of time—say, as a construction worker—then their hiring should maybe still be contingent upon their passing a drug test. Whenever drug use on the job poses a risk to the safety or security of your company, legal and efficient testing can be ideal.

A urinalysis is always the most cost-effective way to test a potential hire, and is the most prominent form of drug testing. If you know a good-sized chunk of your staff will be under contract or temporary status, this could be the best option for Human Resources to keep the cost down while maintaining your drug-free status.

Drug testing becomes a bit of a conundrum when it comes to hiring remote workers; our hypothetical, time-traveling boss probably never dreamed of having employees across the country—or even the globe—that never step foot in the office. And that’s where the most significant difference lies: how do you maintain a drug-free work-place with employees you never see?

Here’s where a third-party screening service—like CNet Technologies—steps in: our capabilities span industries nation-wide to fit your needs and keep your company safely (and efficiently) within legal testing guidelines.

Given the history of drug testing in the U.S., knowing how to adapt to the rapidly changing culture that surrounds legalization can still be an immense challenge—especially with your Human Resources team already managing everything else! Let CNet Technologies help you avoid any risks that out-of-date drug testing policies represent—today, and in the future!